Saturday marks the 7th anniversary of the Howard government launching an unprecedented assault on the lives of Aboriginal people in the Northern Territory.

Shortly after midday on June 21, 2007 – in the shadow of a federal election that threatened the annihilation of the Liberal-National Government – Prime Minister John Howard and Indigenous Affairs Minister Mal Brough announced the Northern Territory intervention, a policy that, with the backing of Labor, saw the suspension of the basic human rights of some of the nation’s most vulnerable citizens.

Seven years on, virtually every aspect of Aboriginal life in the Territory is demonstrably worse. School attendance is down. Alcohol-related violence is up. Unemployment and homelessness is entrenched. Incarceration rates are at world record levels. And reports of attempt suicide and self-harm have more than quadrupled.

The NT intervention continues today, having been extended by the Rudd and Gillard governments for another decade.

Not much to celebrate in that.

Earlier this week, the Warlmanpa people – Traditional Owners of land in and around Muckaty Station, north of Tennant Creek – won a stunning victory in the Federal Court.

If you’re looking for a happy Aboriginal story to finish off an otherwise depressing political week, then watch this video, which explains what happened. 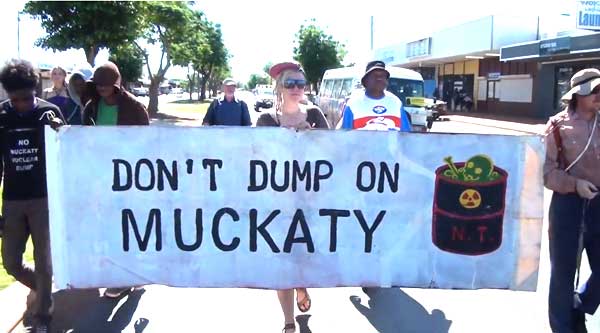 The law firm which ran the case pro-bono – Maurice Blackburn – has posted the video on YouTube. And a warning to New Matilda readers: It’s a bit of a tear-jerker, albeit a really happy one.

Elizabeth O’Shea, an Associate with Maurice Blackburn is interviewed in the video about the legal struggle.

“Aboriginal people have been fighting against a nomination of their land to be Australia’s first nuclear waste dump,” O’Shea says.

“That nomination was made seven years ago and they’ve been fighting every step of the way, which has ultimately now been resolved with the Commonwealth agreeing not to rely on that nomination.

“They’ve shown real courage and determination standing up to two really significant figures of authority in their lives (the Northern Land Council and the Commonwealth Government).

“That determination I think was not lost upon the Commonwealth in the evidence given in recent days. “This has been hard fought litigation. We’ve had to struggle against the Commonwealth and the Northern Land Council every single step of the way.

“It’s taken four years to get to trial and our clients have shown resilience and determination, and we’ve tried to reflect that in the way we’ve approached this legal case.

“So we’re really proud to have taken it this far, and to have gotten a really good result for our clients.”

The most touching moment of the video is the moment when Nat Wasley from the Beyond Nuclear Initiative – a key group which backed the Warlmanpa people – breaks the news of the legal victory to Warlmanpa elders earlier this week.

The last word, however, belongs to Dianne Stokes, one of the senior Warlmanpa women who has helped lead the fight against the waste dump from day one. 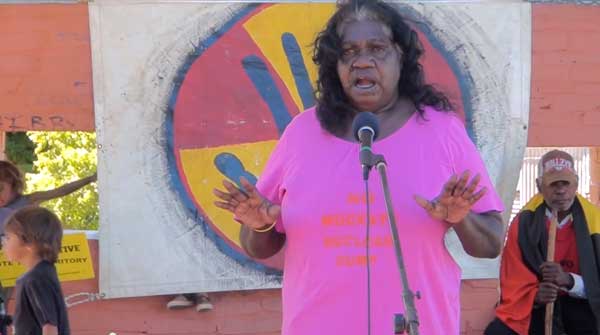 “Adam Giles (Chief Minister of the Northern Territory), I want to let him know that if he wants to ignore our stories, our informations, he’s not going to keep the report from us,” says Stokes.

Land that is now safe from radioactive waste.