The ‘Mob from Muckaty Station’ have scored a stunning victory over attempts by the Northern Land Council and the Commonwealth Government to dump nuclear waste on their land.

In what was shaping up as a true ‘David vs Goliath battle’, the Commonwealth this week pulled out of ongoing litigation over plans to build a nuclear waste dump on the land of the Warlmanpa people, north of Tennant Creek in Central Australia.

And the fall out is going to be huge, particularly for the Northern Land Council (NLC).

For the last seven years, the NLC has been maintaining it obtained the proper consent of Traditional Owners of land at Muckaty Station to build the Commonwealth waste dump.

But the Warlmanpa people – who have an interest in the land – say they were never properly consulted, and never gave their agreement.

They challenged the NLC’s claims around consent in the Federal Court, which is already two weeks into hearings. The case was set to re-convene in Darwin on Monday, and run for at least another two weeks.

But last night, the Warlmanpa people received confirmation the Commonwealth had guaranteed it would not rely on the consent nominations provided by the NLC.

The withdrawal comes just days before Northern Land Council officials were due to take the stand to face the same sort of intense grilling senior Warlmanpa custodians had been subjected to by NLC lawyers in Tennant Creek last week.

The shock withdrawal has fuelled speculation the NLC was seeking to avoid damaging scrutiny of its handling of the nomination process.

Ron Merkel QC, for the Warlmanpa people, had already told the Federal Court that an anthropology report which underpinned the waste dump nomination – and which had been changed significantly – should be considered to have been written by lawyers.

Paddy Gibson, a researcher with the Jumbunna Indigenous House of Learning at the University of Technology, Sydney has been working with the Warlmanpa people since the dump was first announced.

“The Warlmanpa people who opposed the dump had been subjected to a fierce cross examination by NLC barristers, who were trying to denigrate their cultural knowledge,” Gibson told New Matilda.

“But the Traditional Owners have held the line, and they’ve insisted all along that the anthropology report underpinning the nomination was wrong, and that the process that the NLC used was completely inadequate.

“People said in their evidence that they felt intimidated and shut out of the process.

“The NLC are refusing to admit wrongdoing as part of this deal. However, by avoiding the Darwin court hearings I firmly believed they’ve dodged a bullet.” 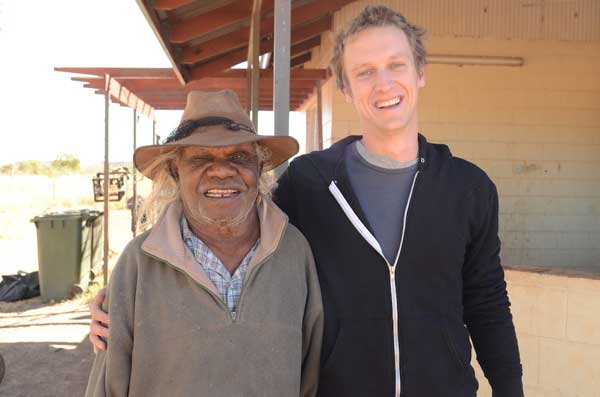 By withdrawing, the Federal Court made no determination on the matter, and the NLC and Commonwealth also avoided having both a judgment and costs awarded against them.

“Today in a Darwin press conference, NLC CEO Joe Morrison said that he did not want anymore Traditional Owners to be subjected to the fierce cross examination that took place in Tennant Creek,” Gibson said.

For their part, the Warlmanpa people are celebrating. Kylie Sambo, a young Warlmanpa leader told New Matilda this morning her people were relieved the matter was finally over.

“I feel relieved that we don’t have to keep going. We’re happy and we’re proud. That land means a lot to us because of our culture, our beliefs and our totems and dreaming that went through there,” Sambo said.

“I believe [the NLC]didn’t want to go through that humiliation of what they really done. But it’s better now that they actually backed off. It’s good for us.”

But Sambo said her people weren’t quite done fighting yet. They’re now turning their attention to getting the Northern Territory land council boundaries shifted, so they no longer come under the jurisdiction of the NLC.

“Hopefully we can continue to try and push the boundary for the NLC back up north a bit.

“We had a good trust there but then they broke it. It’s going to be tough, we stood and fought for eight long years and I think we can take on anything now.”

The Warlmanpa are also considering a push by Traditional Owners for the Commonwealth to honour an agreement reached as part of the process which would provide education benefits in exchange for land. 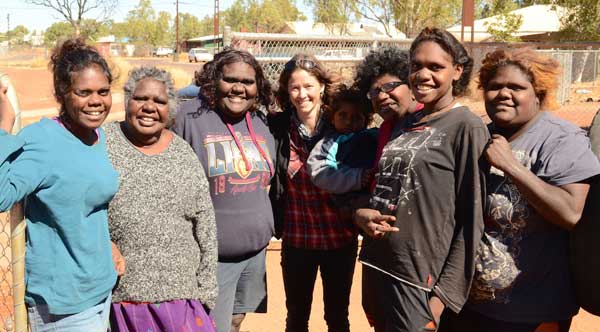 It emerged during proceedings that the federal Department of Education had been involved in negotiations with Traditional Owners to provide $1 million in scholarships for local children, if they agreed to make their land available for the waste dump.

“I think that is very, very stupid idea for us to sell our land to get better education and scholarships,” Sambo said.

“As an Australian we should be already entitled to that.”

The Commonwealth Government will now have to look elsewhere for somewhere to dump their nuclear waste, after also earlier losing a battle with the South Australian Government.

The NLC this morning strongly denied any misconduct. In a statement read out in Darwin by NLC CEO Joe Morrison, he said: "The Northern Land Council (the NLC) has led the process to settle this case, and the Commonwealth government has agreed with our position.

"We have agreed to accept the offer to settle because we have at heart the interests of the family groups who make up the Muckaty Aboriginal Land Trust.

"The NLC remains satisfied that it made the nomination with the consent of traditional owners and after consultation with other Aboriginal people with interests in the land.

"The allegations made against the NLC as to fraudulent and dishonest conduct cannot be substantiated on the evidence, and I reject them utterly.

"The statements that were made about the NLC, its processes and senior staff can be broadly characterised as scandalous and have no factual basis.

"The evidence of the applicants’ own witnesses is that the NLC did its job properly and consulted widely with the right groups and obtained the consent of the traditional owners."